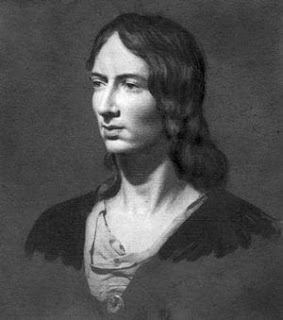 After a solid month, I'm back in the land of the living. Wuthering Heights has released me!

Where to begin? The first point I'd offer is that this is a difficult book: both in terms of its style as well as its plot. Several characters share the same name, for instance, and keeping their stories distinct can be a challenge. Further: despite the fact that the novel is focused on two families, there's considerable intermingling between them -- such that surnames come and go, especially when marriages are proposed. This I found frustrating (and unnecessarily complex).

So the novel is complicated. But what else? It's unusual, I gather, in its content. Wuthering Heights was first published in 1847 -- which makes Bronte a contemporary of Dickens. This I found odd. Because on the one hand, you have a move in Dickens toward realism and an exploration of industrialism in the city. And then in Wuthering Heights, you have the opposite: an almost entirely pastoral novel that flirts with ghosts and ghouls, and that follows agricultural rhythms. The complexity of human interactions in Bronte's novel was limited, I felt, to inheritance, property, and legacy: this is not a vision of humanity overcome by forces greater than itself (forces like capitalism, for instance).

I don't know much about the Gothic novel (nor about eighteenth-century literature), but it struck me that Wuthering Heights fits far more into that earlier genre than into the one dominated by Dickens. And I suppose, in the end, that is what prevented me from full immersion here: I just couldn't connect with Bronte's characters, their pursuits, and their anguish. They seemed overly emotional -- and slightly bored. That led to an irrationality with which I could not relate.

No doubt, this is novel alive with language and rhetoric. For me, it was somewhere between Shakespeare and the late-Victorian novel in terms of its linguistic evolution. Which I mean as a compliment. But that led to some lengthy passages full of stops and starts and language that could sometimes stumble over itself. I needed more here: either language that I could grasp or a character I could follow. And neither, in my experience, emerged.

And so Wuthering Heights, this towering novel, this hulking book, remains something of an enigma: full of life and language, but brimming with untold emotion. Is this Romanticism?