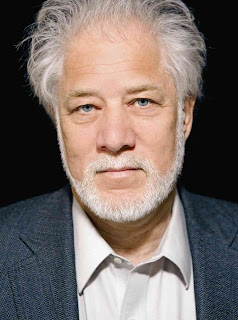 Michael Ondaatje's English Patient is a book that I'd wanted to read for a while, but I admit that it had never made its way to the top of the pile.

Having finished it this evening, I wanted to offer a few comments:

1. This is a not a fast read. Ondaatje's prose, while not exactly precious, are not far off. Each chapter is an extended meditation, a dream about a story, contained within a novel.

2. I'll give Ondaatje credit for the ethereal quality that pervades this book. There's something about his writing that's almost fog-like, as if the reader is slowly making his way toward the core of the matter, toward a thing that's hidden.

3. This is a novel that bridges two worlds: the time before the Second World War and the period immediately after. What Ondaatje concludes is that, in the absence of bombs and fighting, there's silence. And this silence pervades the Italian villa where this story takes place. When bombs aren't exploding, Ondaatje's characters speak softly - some to the point of not being heard at all. That's the transition from war to peace, from 1945 to 1946.

The English Patient isn't a perfect book; sometimes I felt that Ondaatje was trying too hard to imitate Durrell. But, imitation aside, there's a quality to the book that resonates, that remains. Ultimately, I think that quality is simpler than we might imagine: it's the idea that four different people, speaking four very different languages, and coming from entirely different places, might still find a shared language.

And that language, Ondaatje seems to suggest, might not require words.
Posted by Jesse Freedman at 10:41 PM