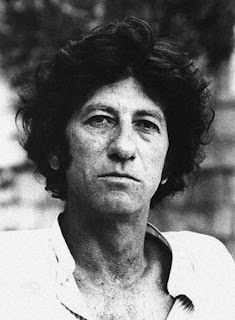 There's no question about it: the award for best book in a while goes to Danilo Kis's A Tomb for Boris Davidovich.

Wow, what a stylist. And what an incredible set of stories.

First published in 1976, A Tomb for Boris Davidovich spoke to me in large part because of its connections with the world of W. G. Sebald. The stories are imagined, it's true, but the complex histories woven by Kis endow them with a realism that relegates them - like Sebald's novels - to a realm just outside fiction, in the gray netherworlds of documentary fiction (or something like it).

Kis, who was of Yugoslav and Jewish ancestry, was a master of Europe: indeed, his stories suggets a profound understanding of the past; they also, though, suggest a cruel familiarity with communism, fascism, and the other forms of European totalitarianism that flourished between 1919 and 1945.

This familiarity results in a distinct narrative voice, one defined by its precision, but also by its detachment. It's as if Kis has co-opted the steely quality of reports filed by Europe's secret police and added to them an element of artistry: he's played the game (and won) using the enemy's tools.

With the exception of Sebald - and maybe Joseph Roth - I can't think of another author who, for me, gets at the complex relationship between history, politics, and tragedy in Europe the same way that Kis does.

Despite the sorrow of this work (and there's plenty of it to go around), I count myself as lucky to have come upon it.