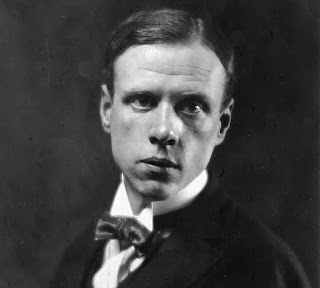 I've just finished Sinclair Lewis's Main Street -- and let me say at the start: it's been a while since I've read such a scathing critique. But that's what Main Street is: a work of social commentary focused on the petit bourgeois, the American midwest, and the myth of rural piety.

For a book written one hundred years ago, Main Street still packs a punch: Lewis is unrelenting in his condemnation of Gopher Prairie, the fictional town at the heart of his novel. This is a place, as Lewis would have it, lacking imagination and culture, a town on the abyss of nothing. The shopkeepers, doctors, and lawyers populating Gopher Prairie do little more than gossip, play cards, and capitalize on the hard-won harvests of nearby farmers. The petit bourgeois is limited by a provincial quality: a crippling aversion to intellectualism coupled, as Lewis would have it, with a misguided sense of self-regard.

Like Gopher Prairie itself, Main Street becomes increasingly claustrophobic: by the end, there's nowhere to turn, no additional characters to engage. Lewis has made it clear that to expect more of Gopher Prairie -- in its intellectual pursuits, or its international understanding -- is to be disappointed. The most a person can do is to continue to ask questions, to acknowledge realities unspoken by true.

I must admit that reading Main Street was something of a melancholy experience: in many cases, the social and political challenges facing America around 1919 have not changed. Similar racial and ethnic divisions remain; a skepticism of intellectual culture continues to be a hallmark of certain rural communities; and working class Americans, including farmers, continue to be exploited -- despite the necessity of their trade.

Sinclair Lewis set out not only to highlight these dynamics, but to criticize them, to lay them bare: I can only imagine what Lewis would make of America today: a nation still struggling to resolve its tensions, contradictions, and geographies. Main Street remains very much a novel of our times.

Posted by Jesse Freedman at 4:51 PM