One page of a spectacular illustrated volume of the Mishneh Torah, a Jewish-law codex, is now on view in a modest special exhibition at the Metropolitan Museum of Art in New York. The book—created in Northern Italy in the 1450s and jointly acquired this year by the Met and the Israel Museum, where it had been on loan—is far more than a work of Judaic scholarly interest. It's a rich visual feast, though we get only a delightful first course in the Met display. But even that single serving deserves serious attention. 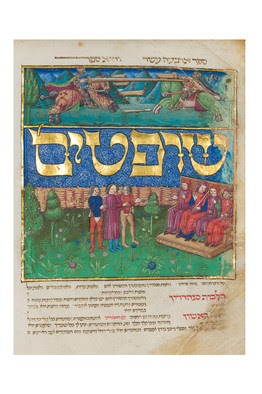