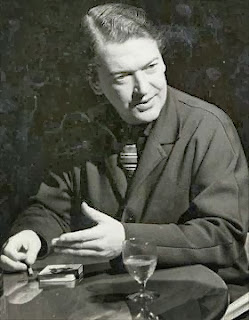 Christopher Hitchens wrote of Kingsley Amis that his work was an amalgam of Waugh and Wodehouse.

Having recently finished Lucky Jim, I'd like to agree: Amis articulates that hapless quality of Wodehouse, while writing with the same perceptive (and damning) qualities of Waugh.

At least part of that enjoyment was a result of Amis' prose, which I found to be a wonderful mixture of patience, rhythm, and comedy.

The comedy here is jaded, of course, but that's because the academic life that Amis captures is equal measures cloistered and absurd. His main character, Jim Dixon, confronts that absurdity with a sinister indifference, one that ultimately gets him drunk and sacked.

And that's where Amis seems to make his most strident point: to be ejected from the academy is to be liberated. Dixon is freed at the end of the book, despite the embarrassment that comes with it. That, for Amis, is the great comedy, the great joke. Dixon is better off without the struggle.

Research into academic life yields one revelation for Amis: that it quickly spirals into provincialism, petty quarreling, and a smug sense of self-satisfaction.

Not that I necessarily agree. But Amis does have a point.

Posted by Jesse Freedman at 9:01 PM