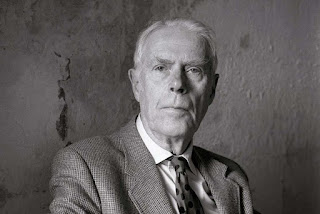 I've just finished the first volume of Anthony Powell's massive sequence A Dance to the Music of Time. That first volume -- 'A Question of Upbringing' -- is excellent: Powell has such a clear and effective style. And if his objective in this installment is to chronicle the passing of youth, well then he's achieved it and more.

Powell constructs 'A Question of Upbringing' as a series of extended vignettes: his central character, Nick Jenkins, appears throughout, but the rest are populated with an array of eccentric personalities -- which makes the reading so much fun. It's not long before Powell is onto the next character, and Nick's interactions with that person.

No doubt, this is a novel about social structures in England, and the way they play out, especially, in higher education. But the book is about more than that: it's a portrait of youth, and its waning attempts at innocence. Nick Jenkins is confronted with this passing: from young to old, from shelter to exposure.

Powell has written a funny, at times poignant, rendering of this transition. With London as his guide -- and with a number of unnamed educational settings, too -- he presents a compelling portrait of a youthful awakening, and the comical elements that accompany it. 'A Question of Upbringing' was a pleasure to read.

Posted by Jesse Freedman at 8:52 AM